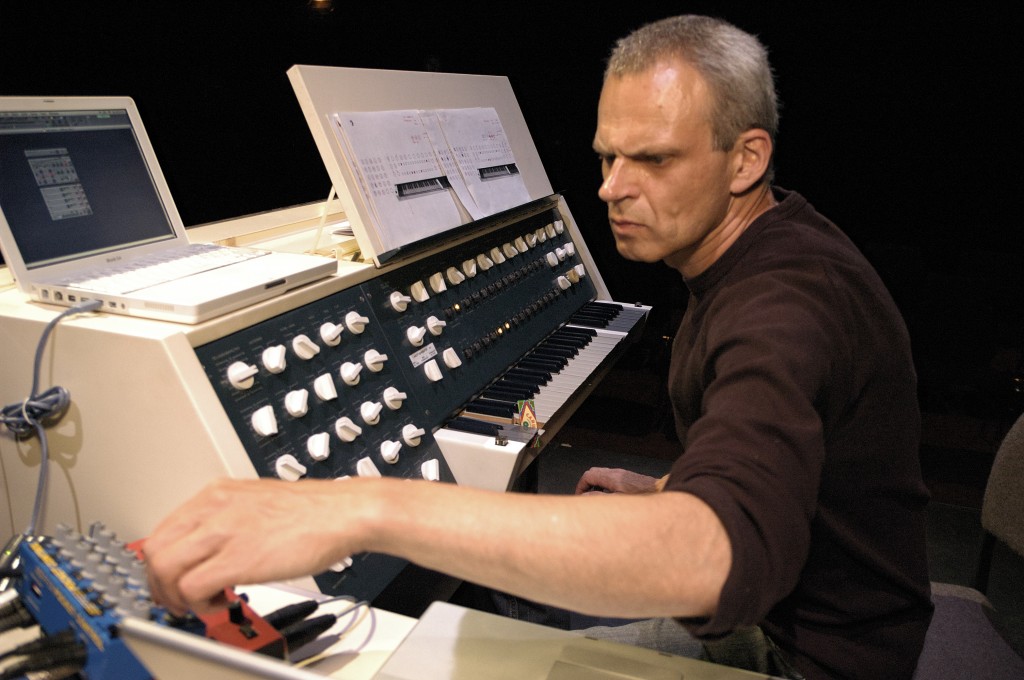 Frank Bretschneider (born 1956) works as a musician, composer and video artist in Berlin. His work is known for precise sound placement, complex, interwoven rhythmic structures and his minimal, flowing approach. Bretschneider’s subtle and detailed music is echoed by his visuals: perfectly translated realizations of the qualities found in music within visual phenomena. After studying fine arts and publishing several graphic editions, he started satisfying his obsession with electronic music in 1984 by starting his first tape experiments and running a cassette label. With the founding of AG. Geige in 1986, a successful and influential band of East Germany’s musical underground, he began to explore the possibilities of an exchange between visual art and music by various means such as film, video or computer graphics. After 1989, Bretschneider continued producing music and in 1996 he co-founded the record label Rastermusic (Raster-Noton since 1999).