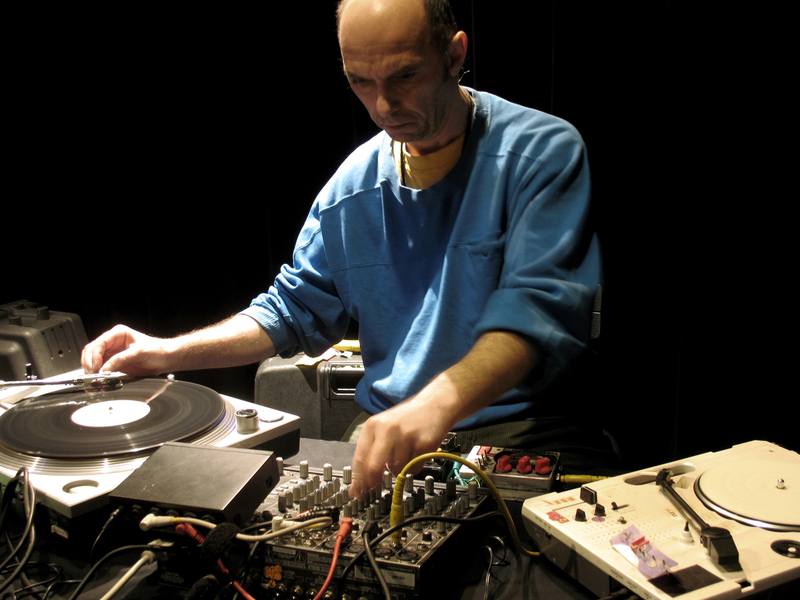 Martin Tétreault, an internationally-renowned Montréal DJ and improviser, originally came from the milieu of the visual arts. His path has been marked out by various productions on compact disc and live performances with a range of collaborators: Diane Labrosse, René Lussier, Jean Derome, Michel F Côté, I8U, Otomo Yoshihide, Kevin Drumm, Xavier Charles, Ikue Mori, and many more. He has abandoned the musical citations that he had been using in his work since he began in 1985 and now explores the intrinsic qualities of the turntable: the sound of the motor, of interference, and so on. He also uses needles, prepared surfaces (with thanks to John Cage), and small electronic instruments. The brutal approach of remaining analogical has allowed him to leave behind the question “But what about copyright?” and to get himself invited to electronic music events. When he feels the need for a break from music, he goes back to the visual arts, where he sands, scrapes, cuts up books and magazines.