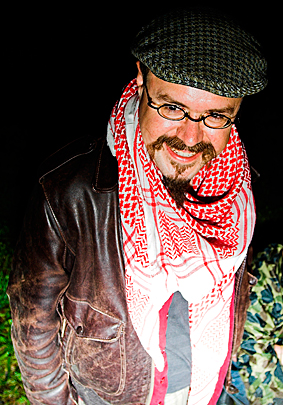 Patrick McGinley (1974) is an american born sound and performance artist who has lived and worked in europe since 1996. from 1996 until 1998 he lived in paris, where he studied theatre, and began his sound experiments in the context of those studies. he has composed works for several theatre performances, including the works of his own company, as well as performing live soundworks for others. in 2002 he co-founded framework an organisation that produces a weekly radio show on london’s resonance 104.4fm. his work concentrates on the framing of sounds from our environment which normally pass through our ears unnoticed and unremarked, but which out of context become unrecognisable, alien and extraordinary.